Chicken Enchiladas Verdes with homemade enchilada sauce.  The homemade sauce is killer.  It's what makes these enchiladas so stinking good! 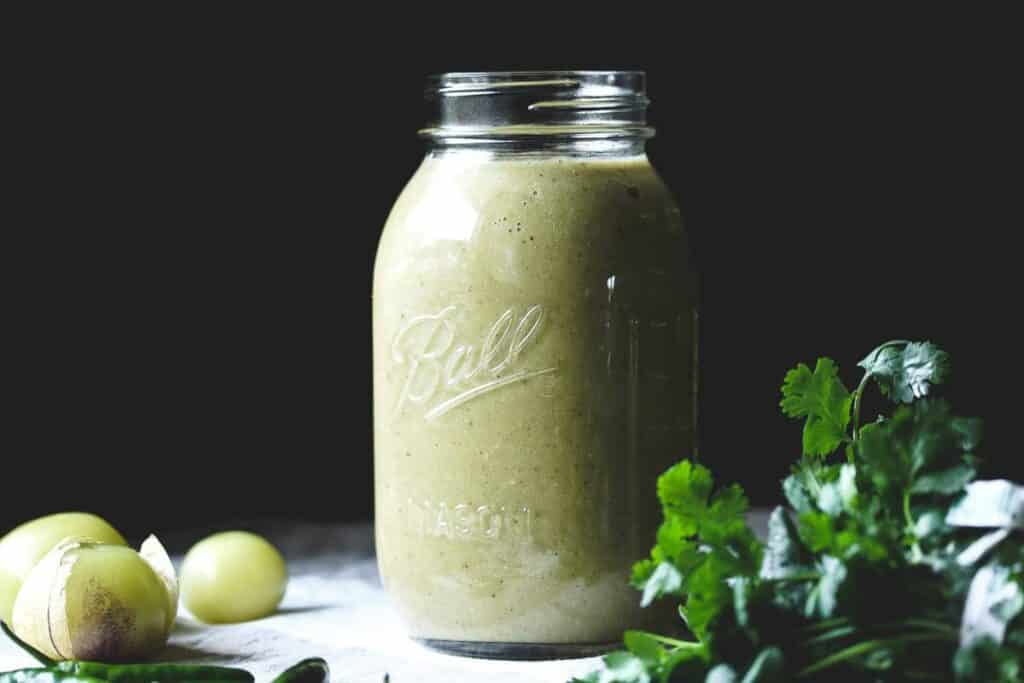 Ok, I get it, homemade sauce? I've lost you already but these Chicken Enchiladas Verdes are so worth it.  The sauce a cinch to make and it's so good!

My little friends, the tomatillos, help to make not only great salsa but also this delicious sauce!  I roast them up along with onion, garlic, and peppers.  Then toss them in a blender with a few spices. Voila! Enchilada Sauce!

After you've whizzed up the sauce, it's time to get your roll on...

...or if you just don't have time for that, get your layer on and make a Chicken Enchilada Casserole!

Then just toss those enchiladas in the oven to bake!  Once it's nice and bubbly and warm, serve it up and wow your friends and family.  Amaze them when you tell them it's all from scratch! You don't have to tell them how easy it was, that's our little secret. 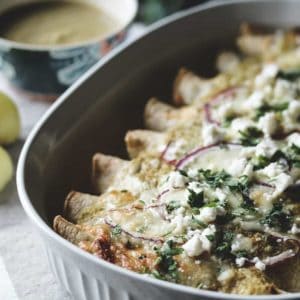 For the enchilada sauce

For the enchilada sauce: