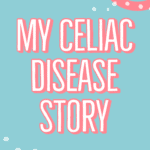 The life-changing story of my Celiac Disease diagnosis. How years of suffering ended because of my grandmother's skin rash. 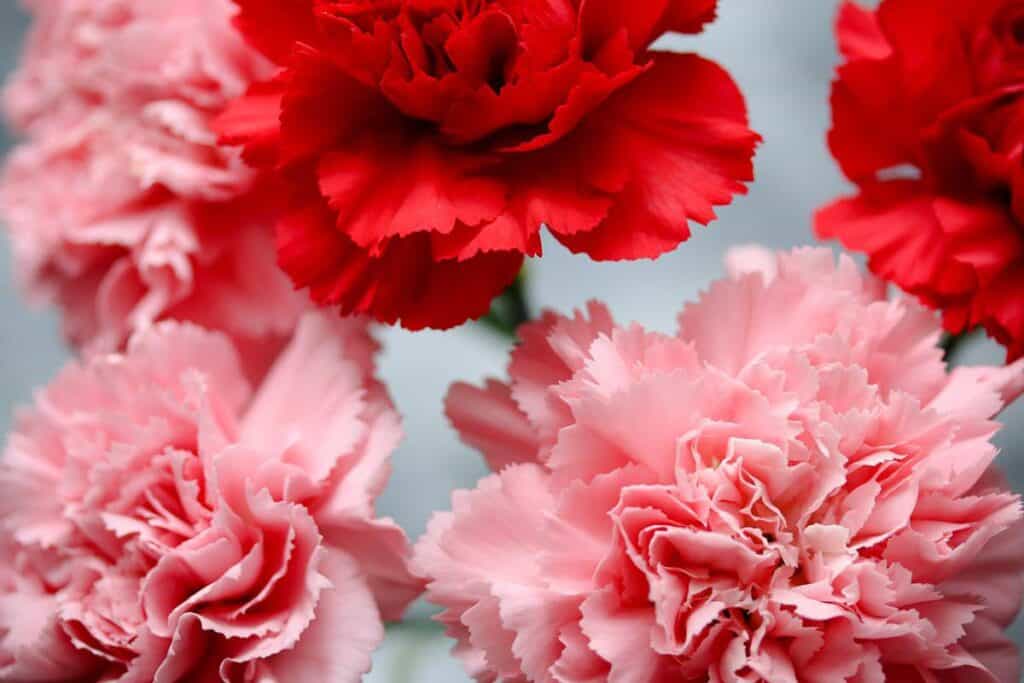 Some say that stress can trigger autoimmune disorders, looking back I wonder if that could be true in my case.  In 2006 I was a young single mother, completing an intense bachelor's degree in clinical laboratory science, moving out of not only my home town but my parents' home for the first time, and starting my first career with a child starting kindergarten.  You could say I was stressed. That was also the same time in my life when there was a noticeable shift in my health.

I was 24 years old and I was scared.  Outwardly, I was fine but inside I knew something was terribly wrong.  My body and my digestion was going haywire.  There were times I could hardly make it to a bathroom and when I did, it felt as if my insides were revolting, trying to escape my body.  We would be out to dinner and I would be struck with the most intense chest pains I've ever felt in my life. I thought, "surely this isn't a heart attack or I'd be dead."  I would pop tums, prilosec, and pepto bismol hoping for relief.  When that didn't work, I would go to bed to sleep it off, only to start the cycle over again the next day.

Digestive diseases are scary but also hard to talk about. No one really knew what I was going through. Not my fiancé, not my mom, not my doctors. I'm an introvert from a family that doesn't freely talk about these things. So even going to a doctor, it was hard to bring up. I would say, "I think I have digestive issues." They would say, "eat more fiber."

I would convince myself that maybe this is just life. I'm getting older. Maybe people just live like this. Maybe this is the new normal. And so it was.

The years went by and things stayed pretty much the same. I learned to adjust to my symptoms and so did my body to some extent. Somehow I learned how to get through the day or at least to my lunch break, without embarrassing bathroom trips. I learned that if the chest pain and intensely painful abdominal bloating weren't relieved by pepto, I could just ride it out until bedtime. For some reason, eight hours of sleep was the cure-all. Although now I know, it really wasn't.

I was constantly tired. I had constant dull headaches. Constantly wishing I had energy to be that go-getter type of person. To be the person that only needed four hours of sleep and could go-go-go an entire day. I finally convinced myself that I'm just not that person. 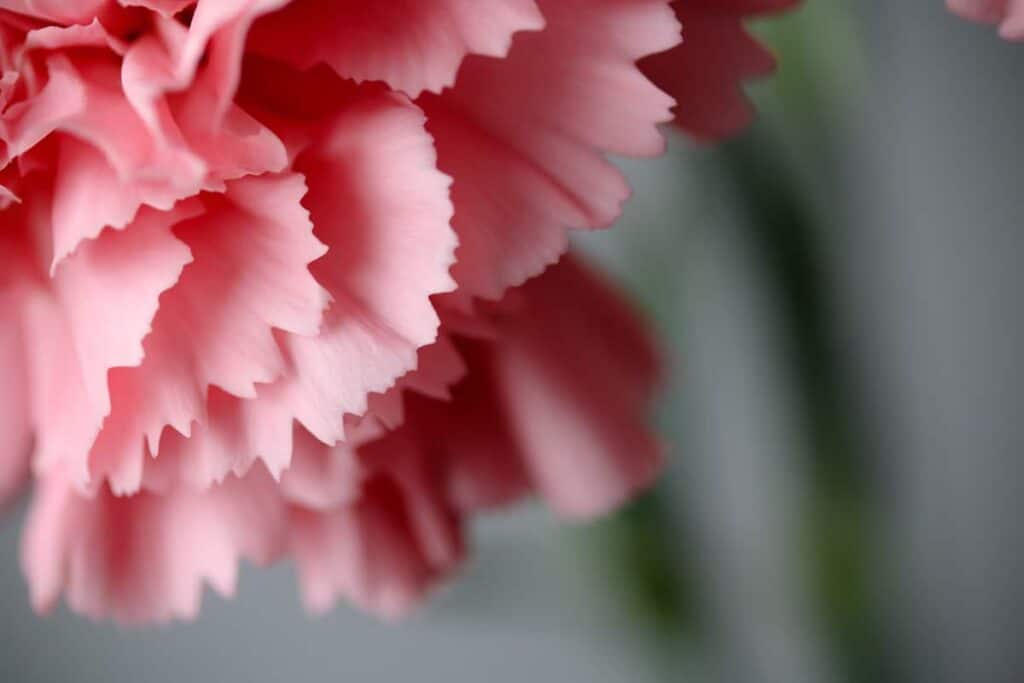 Fast forward. It's 2017, I now have all three of my precious kids and I'm still afraid. Afraid of being one of those people that dies young. Every night going to bed, fearing I won't wake up. No one knows this fear I have. I face it alone. I face it alone knowing something is still very wrong.

I'm now getting these weird arthritic like pains in my hands, rashes anytime I'm in the sun, a thin black streak in my fingernails. I think to myself, "this is enough. It can't be ignored anymore. If not for myself, for my family I have to find out what's wrong."

I schedule an appointment with an old colleague, someone whom I consider a friend. Someone whom I felt comfortable spilling (most of) my guts to knowing hoping she wouldn't think I'm a nut job. I told her about the pain, the weird symptoms, heart palpitations, "gut issues". Hoping beyond hope she would magically put the pieces together and give me an answer.

She was great. Concerned. She did the things she was supposed to. Listened to my heart. Ran the labs.

Nothing is wrong.  Everything is normal?

The results of the testing came back.  I didn't have inflammation, anemia, arthritis, or lupus.

That is to say, nothing was wrong with me.

Except that it didn't feel great to get those negative results. It just confirmed, once again that people must just live like this. Just deal with it.

Then a couple of months later, my grandma went to the dermatologist for a weird sore that wouldn't heal. They told her they thought it was dermatitis herpitiformis, a rash only associated with celiac disease. She went through the testing and sure enough. That's what it was.

Meanwhile, the pain in my hands was getting worse. There were times I'd be changing my daughter's diaper, the pain would strike, and I would be physically unable to lift her legs. Then the same debilitating pain moved to my foot.  Again I knew, this is enough.

I took to google.  I know it's not recommended to diagnose yourself on the internet, but there I was.  With my grandma's diagnosis stuck in my head and knowing from my lab background that celiac disease is genetic, I decided to search for celiac disease symptoms.

I came to the celiac disease foundation and found the list of symptoms.  Those symptoms were the story of my life. Right there, in a list.  I hemmed and hawed for a few days trying to convince myself I was being crazy but there was a nagging voice in my head. I knew I just had to know, one way or the other.  What's one more test?

I reached out again to my old colleague/practitioner.  Again hoping she wouldn't think I was nuts, I asked for the test.  Without pause, she obliged my request.

Then came the biggest turning point of my life.

"It looks like your labs are a little off.  I need to refer you to a GI."

My heart sunk.  Turns out 'a little off' was my labs off the charts.  My GI saying, "wow, those labs... that's impressive."  Not exactly how I want to impress people but hey, I do what I can.  Even before the "official" diagnosis came, I knew.  This was it.  This is what has been affecting me all these years.  Gluten.  There was no going back.

When people find out you have a condition, disease, something wrong... they say, "oh, I'm so sorry to hear that." My  response, "I'm not."  Really.  I'm not sorry, sad, or depressed.  I'm honestly happy. I finally have an answer, relief, and a solution!

The challenges of living this lifestyle far underscore the damage that gluten was doing to my body.  I've been eating gluten free since January 15th, 2018.  Slowly, I feel things changing.  The headaches are gone.  I can now eat foods that I once thought were the problem.  I haven't had a bloated stomach since that day.   The pain in my foot is gone.  I have enough energy to get through the day.  Eating gluten free is my new hope. Hope to live a happy, healthy, fruitful life.  It is funny though because now, if you were to ask me what I would want my last meal on earth to be, I have a real answer... a large Bianchi's pizza. 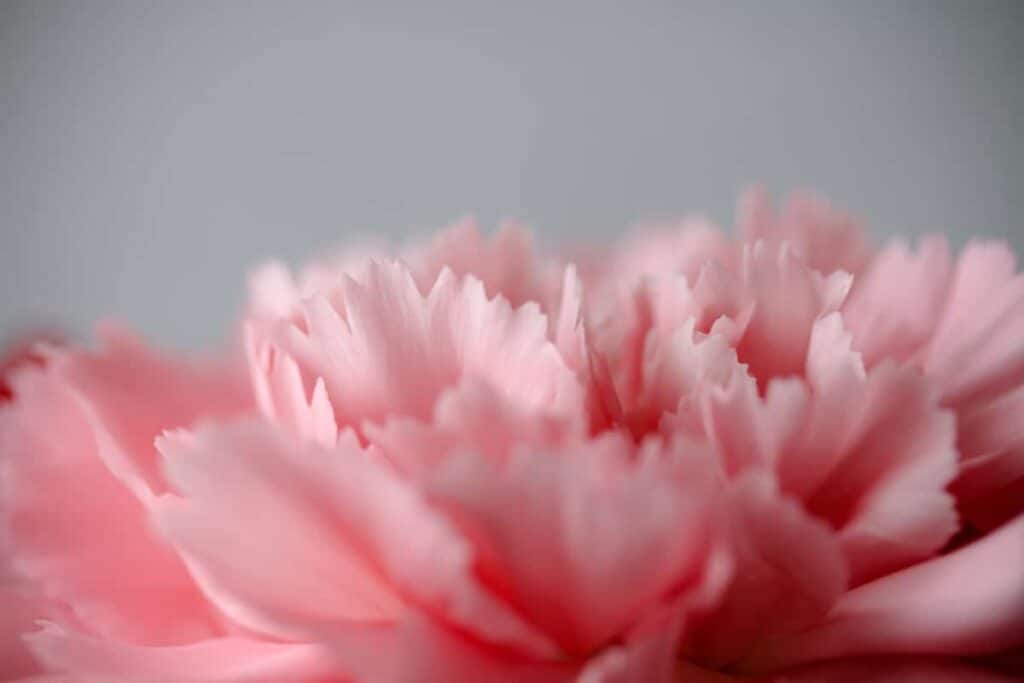